I have searched the Hood high and low looking for its super villains. This search has yielded a Rogues Gallery of colorful characters, most of whom are themselves Hood residents.

The White Boogeyman has yet to cross my path.

This lens also does cultural editing where daily Black shooters I call chocolate Klansmen are deleted in favor of the occasional police officer or non-Black citizen shooting one of us:f us.

Black super villains have it made.

And civil rights organizations like the NAACP to propose softening penalties for their crimes: 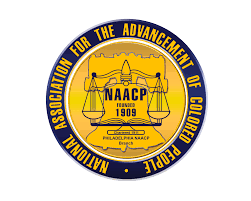 Any wrong they do can always be blamed, no matter how improbably, on the likes of

Black super villains are never at fault for what they do and thus enjoy unlimited license to destroy even more generations while the Black mainstream contents itself to look for White boogeymen.

This deadly serious game of White Boogeymen and Black Super Villains has nearly destroyed the inner city; has Black popular culture on life support and promises to forever remove most American Blacks from contention as a competitors in this market place.

It’s hard for me as an anti crime activist to ignore the surplus of Black super villains around me in the inner city, in favor of distant White boogey men.

Loving thugs who refuse to repent is literally costing us everything!

One thought on “White Boogeymen and Black Super Villains”